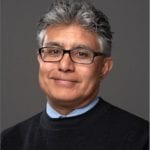 Company: The Institute of Cancer Research

Professor Rajesh Chopra is Director of the Cancer Research UK Cancer Therapeutics Unit and Head of the Division of Cancer Therapeutics at the Institute of Cancer Research in London.  He has had experience of working both in academia and industry, having been Director of Hematological Oncology, Christie Hospital in Manchester and subsequently in the Oncology Therapeutic area at AstraZeneca. From 2009-2016, he was leader of the Executive R&D Team and Corporate Vice President of Translational and Early Drug Development at Celgene Corporation, Summit, NJ, where he led a team of over 100 scientists in San Diego, San Francisco and Seville.  There he was involved in a large number of drug discovery and development projects and part of a team that helped to define the mechanism of action of Thalidomide and its analogues.  In addition, Raj was also involved in the New Drug Applications for pomalidomide (a second generation IMiD agent) and apremilast (a PDE4 inhibitor).  Both drugs were approved in 2013 and 2014 respectively.Raj is also a Non-Executive Director of Artios Pharma Ltd, which has been established to develop a next generation DNA Damage Response (DDR) target pipeline with the potential to transform cancer therapy and Co-Founder of Monte Rosa Therapeutics a Versant backed start up.

Exploiting E3 Ligases for Target Validation and Drug Discovery: What have we Learnt so Far? 9:00 am

We use cookies to ensure that we give you the best experience on our website. If you continue to use this site we will assume that you are happy with it.Ok